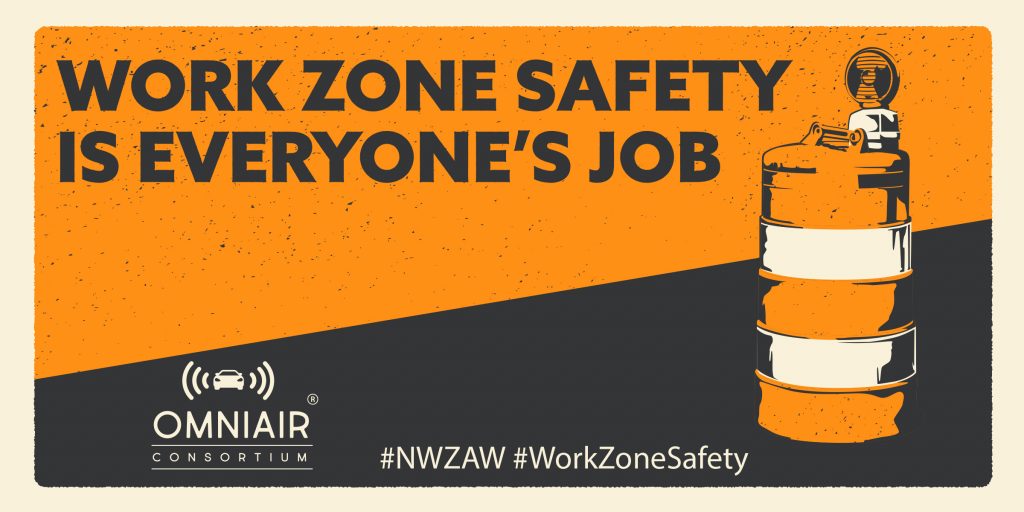 “We are pleased to support an effort that reminds both passenger and Commercial Motor Vehicle (CMV) drivers on our roadways to slow down and pay attention when driving through work zones,” said Jason Conley, Executive Director for OmniAir. “Nationally, in 2019, over 33 percent of fatal crashes involved CMVs, and compared to the year before, the U.S. saw a 16 percent increase in the number of fatal work zone crashes involving large trucks or buses[1]. So we need everyone to do their part to share the road safely, and help us reduce crashes in work zones.”

The Federal Highway Administration (FHWA) reports that in 2019, the most recent year for which data are available, 842 people died in highway work zone crashes compared to 757 the year before[2]. The 11.2-percent increase is the largest percentage increase of highway work zone fatalities this century. Rear-end collisions and speeding, both preventable factors – also saw a 29 percent and 40 percent increase from 2018 to 2019, respectively[3]. Additionally, the number of worker fatalities in road construction sites increased by nearly 9 percent between 2018 and 2019[4].

These are just a handful of statistics showing the importance of communicating work zone safety, for the collective effort to reduce work zone crashes and save lives.

OmniAir to Host Women in S.T.E.M. Event at Mcity