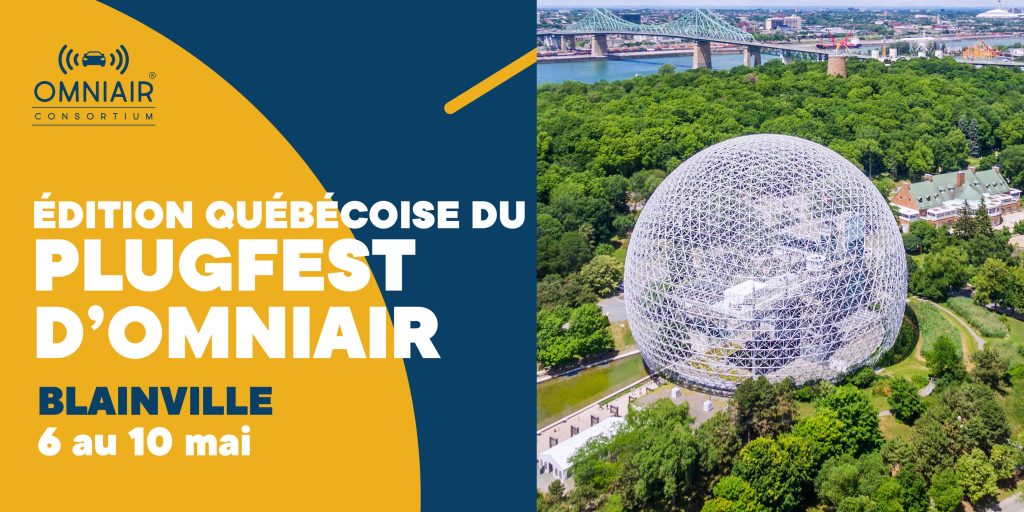 New and Expanded Testing Offered at  the Québec Plugfest

The first fifteen test stations have been announced, and will feature bench conformance, security, and interoperability testing required for OmniAir Certified™ devices.  Additional test stations are being planned and will be announced in the coming weeks.

For the first time, OmniAir will offer expanded interoperability testing between vehicle-to-vehicle (V2V) and vehicle-to-infrastructure (V2I) devices in a field environment. Plugfest participants will have the opportunity to test the interoperability their device with those of other device manufacturers from around the world.

Also, this Plugfest will place additional emphasis on location accuracy.  Southwest Research Institute (SwRI) will be on-hand to run device against its new high-accuracy GNSS tool.  This single test alone is worth the price of admission!

Below is a list of test stations and providers 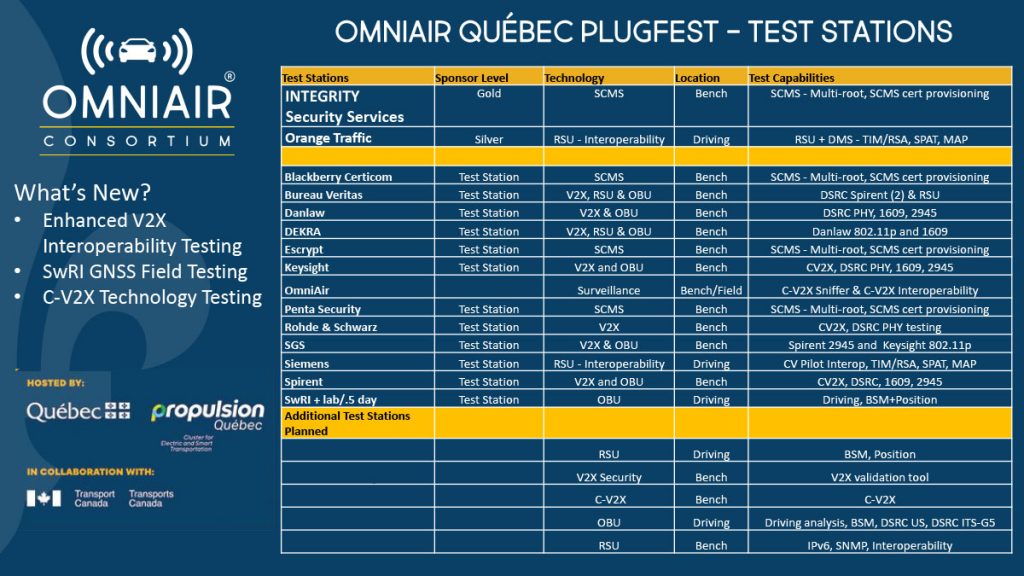 If you have not purchased a device testing ticket, but plan to attend please download the device profile form. Please complete and submit to Randy Roebuck, OmniAir’s Vice President of Engineering & Technology Programs, as soon as possible. 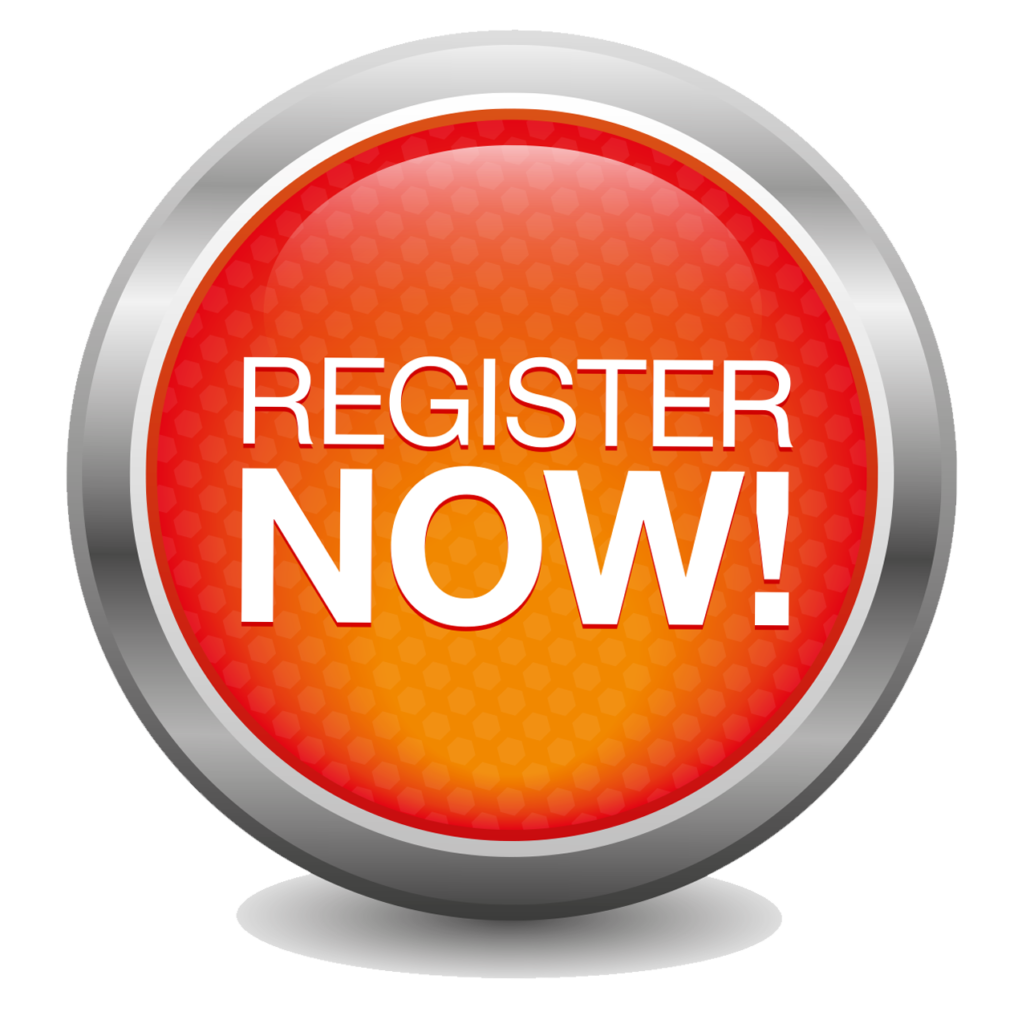 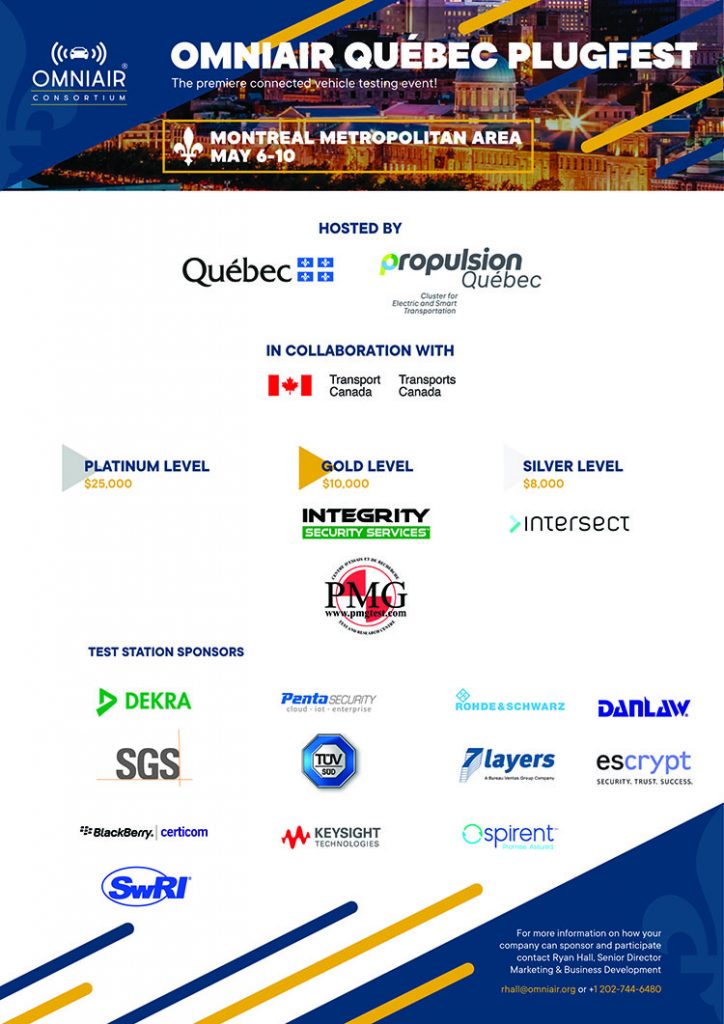 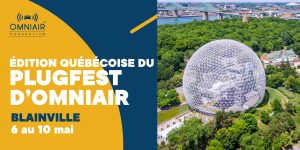