Steve Novosad, Associate Fellow, Associate Vice President ITS at HNTB Corporation, was elected to serve as Chair. Mr. Novosad has been instrumental in shaping the connected vehicle movement over the past 16 years. His work in intelligent transportation systems and software implementation has spanned three decades. 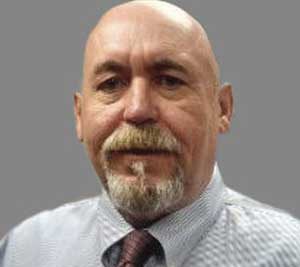 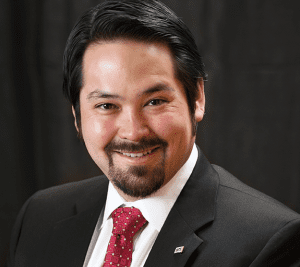 He regularly provides insights and advice to industry-related non-profit boards, councils, committees and other organizations. Having lost his father to an avoidable traffic accident in a construction zone in 1979, Jason has devoted his life to improving transportation safety through technology. 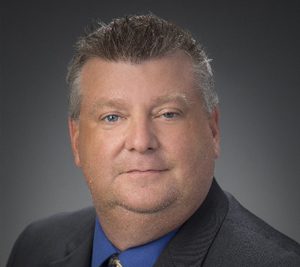 Mr. Frank Perry has 14 years of Connected Vehicle experience along with over 25 years of Systems Engineering and Project Management experience in wireless communication systems. Mr. Perry led the deployment and operations of the original USDOT Connected Vehicle Testbed in Michigan, device Interoperability Testing for the USDOT Safety Pilot Project, Implementation and Testing for a FHWA Cooperative Adaptive Cruise Control (CACC) project, and authored Version 4.1 of the DSRC Roadside Unit (RSU) Specification for FHWA. Mr. Perry is working with Michigan, Minnesota, and several other municipalities to deploy, test, and operate Connected Vehicle systems. He has been part of SAE and IEEE DSRC Standards development since 2004 and is currently a member of the SAE J2735 DSRC Technical Committee, Chair of the SAE Cellular-Vehicle-2-everything (C-V2X) Direct Communication Task Force, and member of the OmniAir Certification and Technical Working Groups. 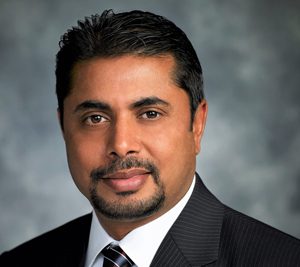 Sabu Stephen is the assistant executive director of operations for NTTA.

Stephen first joined NTTA in 2014 as the director of information technology. His responsibilities in that role included management of NTTA’s transition to a new back-office system and the organization’s business applications, roadway system operations and support. During his time as the director of IT, Stephen created a formal division to manage IT projects and developed and launched a five-year strategic IT roadmap that aligned the department’s objectives with NTTA’s strategic plan and goals.

Stephen has expertise in budgeting, management and strategic planning as well as more than 25 years of IT experience. He is also an active member of OmniAir Consortium, the leading industry association promoting tolling interoperability and certification for connected vehicles, intelligent transportation systems and transportation payment systems. Stephen was recently named a board member of the consortium.

Before joining the NTTA team, Stephen served as the director of IT operation and services at Overhead Door Corporation in Lewisville, Texas.

He earned a bachelor’s degree in economics from Bangalore University in Bangalore, India, and is a graduate of the National Institute of Information Technology where he studied computer systems.​ 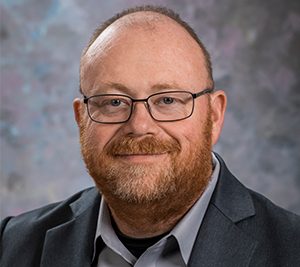 Mike Brown is an Institute Engineer for Southwest Research Institute (SwRI). He has been a leader in the development of intelligent systems for over twenty-one years. Mr. Brown has served various federal, state, and commercial clients in projects spanning the areas of Advanced Traffic and Traveler Information Systems, Smart Cities, Cybersecurity, Connected Vehicle Systems, and Vehicle Automation. Mr. Brown is a subject matter expert for numerous standards committees in standards development organizations including Institute of Electrical and Electronics Engineers (IEEE), Society of Automotive Engineers (SAE) and International Organization for Standardization (ISO). 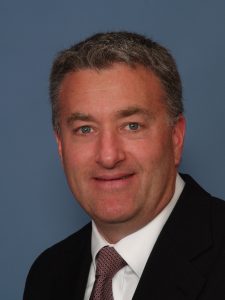 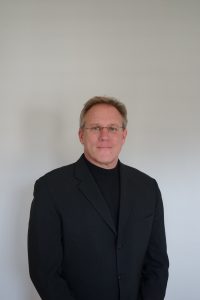 David Sequino, Co-Founder & President INTEGRITY Security Services (ISS) has more than two decades of experience, delivering next-generation security. As VP of Sales, Marketing, and Product Management, David and the team built Certicom into a leading security provider, tripling the size of the company before its sale. David holds a bachelor of science degree in electrical engineering from Northeastern University and attended MIT’s Sloan School of Management’s Executive Leadership program. 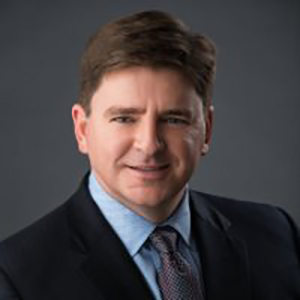 Dr. Jim Lansford is a Director in the standards group at Qualcomm, responsible for Wi-Fi standards and strategy. He has over 35 years of experience in communications systems, digital signal processing, and strategic business development. Prior to its acquisition by Qualcomm in August 2015, he was a Fellow in the Global Standards Group at Cambridge Silicon Radio (CSR).

Dr. Lansford has been Chief Technology Officer of three wireless startups (Momentum Microsystems, Mobilian, and Alereon) and held senior technical positions at Harris and Intel Corporation before CSR and Qualcomm. Dr. Lansford was formerly the co-chair of 802.15.3a (high speed UWB) as well as former chair of 802.19 (Coexistence) within IEEE 802, and was also a vice-chair of IEEE 802.15.2. He is currently chair of the Wireless Next Generation Standing Committee in IEEE 802.11. In the Wi-Fi Alliance, he chairs the Automotive Market Segment Task Group, the DSRC Marketing and Technical Task Groups, and the Long Range Strategy Group. He also serves on the Board of Directors of the OmniAir Consortium, a certification body for connected vehicle techn 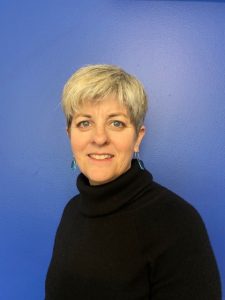 Liana brings over seven years of experience as a research analyst at Panasonic’s R&D Corporation of America in Mountain View, CA. She performs investigations into potential technology partners and collaborators in automotive, AI, logistics, and other strategic industries.

Liana holds an MBA from San Jose State University and a BA in East Asian Studies from UC Davis. 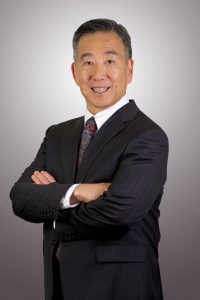 Paul Sakamoto is the COO of Savari, the leader in V2X (Vehicle to Vehicle/Infrastructure/Pedestrian) hardware and software. When installed in multiple DSRC or C-V2X equipped vehicles, Savari’s products constantly update the other equipped vehicles and drivers in the area with predictive location data, thus preventing accident situations instead of reacting to them. The technology also improves fuel economy by dramatically increasing the safety and efficiency of traffic signal systems that interact using the DSRC standard.

Born and raised in Portland, Oregon, Paul received his BSEE from Oregon State University, which made him part of its Academy of Distinguished Engineers in 2010. Paul is a long term resident of Silicon Valley. 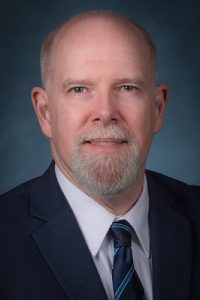 Robert Galvin joined the Port Authority of New York and New Jersey in December 2013 as the agency’s Chief Technology Officer. Mr. Galvin has over 25 years of experience in both public and private sectors, including leadership roles at one of the largest specialty design-build contractors in the world – and as an executive at a leading supplier of ERP and field service management software for the construction industry. Prior to joining the Port Authority, Mr. Galvin was CTO of the School Construction Authority where he reorganized the Technology department and modernized their enterprise applications by deploying data warehousing, cloud, and mobile technologies.

Mr. Landry has more than 37 years of experience in toll collection systems, electronic data, and R.F. communications. Mr. Landry’s experience includes serving as the program manager for the development of TransCore’s IAG PNP Reader System designed for E-ZPass systems and the testing and development of multi-protocol reader systems for National Interoperability. He has also held key roles in the project management, engineering, integration, and installation of over 1 thousand lanes of electronic toll collection equipment, including systems in the U.S., UAE, and Southeast Asia.

Before joining TransCore, Mr. Landry owned and operated his own communications corporation. He primarily focused on the service and installation of commercial Land Mobile Radio and Trunked 800 MHz repeater systems in central and Northern Ohio regions. 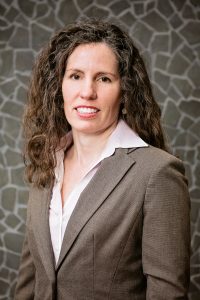 Suzanne Murtha is the National Lead for Connected and Automated Technology at AECOM. She is based in Alexandria, Virginia and is also on the Board of Directors of the OmniAir Consortium, a trade association that advocates for the development and promotion of certification for the intelligent transportation industry. Suzanne is a long-term veteran of the ITS industry, she has significant background in ITS and advanced automotive technologies including dedicated short-range communications, connected and automated vehicles, smart cities and big data. She has worked in-depth with the international ITS community and industry on advanced research, standards development, and certification processes. She has supported large-scale program management contracts and evaluation efforts for federal, state, local, and private clients.